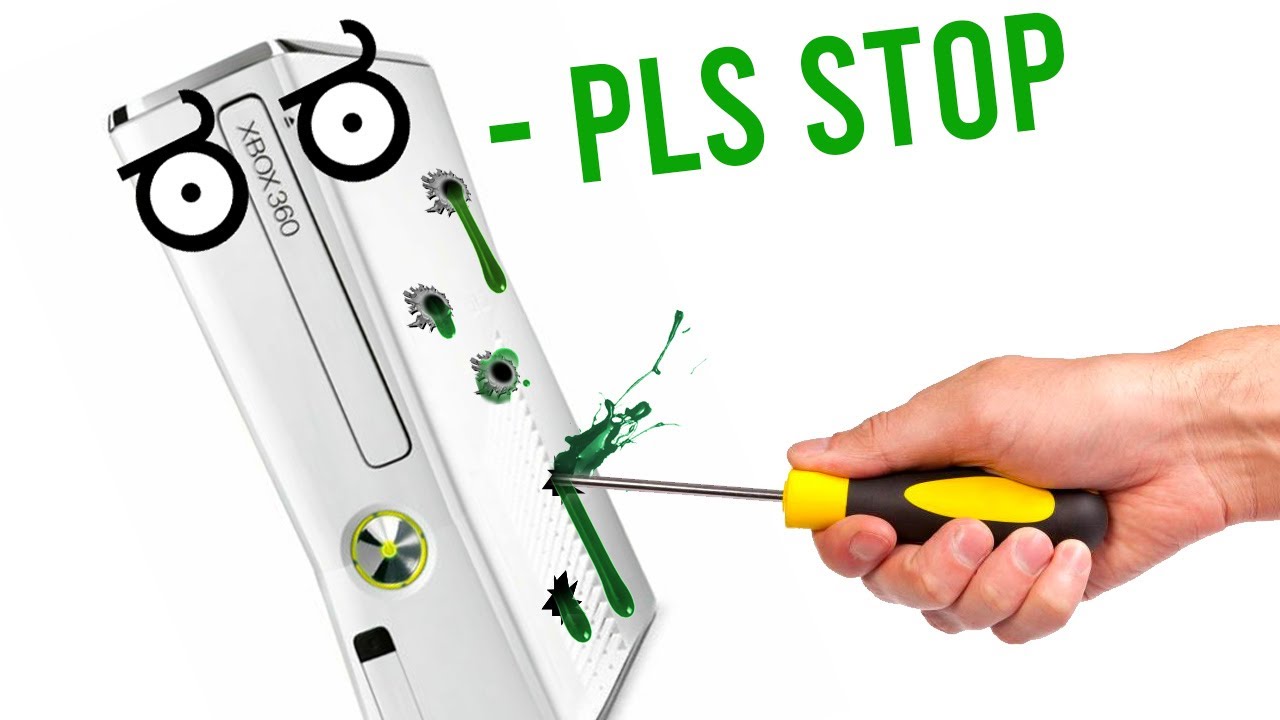 Weird stuff happens in the world of gaming every month, Gameranx tries to put together a list of the weirdest. Hi folks, it’s Falcon, and today on Gameranx, the weird gaming stories of August, 2021. At number 10, the green and red herbs from “Resident Evil” have been made into real-world products, not like tea or something that you would normally associate with healing herbs. They’ve been made as bath salts, you know, salt that you put in your bath, dissolve, and in theory, you get some form of benefit. I’m not gonna argue with against the idea that a bath salt can be soothing and enjoyable experience, or even that it has some form of health benefits, I don’t know, but “Resident Evil” red and green herbs?

That’s weird. They come packaged as if they were put out by Umbrella Corporation and you can buy them at online and physical Capcom stores in Japan for about five bucks and I guess restore your health in a bath. Not exactly a product you would want to use during the zombie apocalypse per se.

It might take a little bit too much time to restore your health taking a nice warm bath. At number nine, Samsung has created a DDR5 RAM chip that could, in theory, create a single-stick capacity of up to 768 gigabytes of RAM.

That’s way more RAM than you’re generally dealing with in a PC. Most PCs have between 8 and 16 gigabytes or RAM, and this would be a single stick that gives you 768. Also, let’s just go ahead and say this. The price for that is probably gonna be astronomical ’cause it’s such a huge jump. Now, what makes this development even possible is these new 24-gigabyte module chips that are small enough that you could fit a bunch of them onto the equivalent of a RAM stick.

My thought is you’ll probably see a consumer RAM stick at 24 gigabytes with one of these chips on it, because that’s probably going to be a lot cheaper than a 760-gigabyte one, although you never know. We do know for sure that Samsung is working on a 512-gigabyte DDR5 stick, but knowing that it’s possible to go up to 768, it’s presumable that it will.

You might not need it, but it’s not like they really need the money, either. They want it, and so they will want you to want it. At number eight, a Chinese state media outlet called online gaming “electronic drugs.

” This actually caused Tencent and NetEase, the two biggest online gaming companies in China, to slide more than 10% in their stock price, which is, to be clear, a lot. Tencent is a huge company. 10% of Tencent is a huge amount of money. Now, the state-run Economic Information Daily did back off of this statement some. They revised the article and removed the phrase “electronic drugs,” but still, that’s pretty harsh, and obviously had a pretty massive ramification in the physical world.

Certainly, video game addiction is a real thing, but to just characterize all online games as electronic drugs is probably not a responsible thing to do, especially for a state.

At number seven, a fan-equipped gaming mouse cools your hand with the help of a, what they call a honeycomb chassis and a built-in fan. I’m actually a fairly sweaty individual, and I’ve never actually had a problem with sweat on my mouse from playing a game for too long, at least not since I have lived in central air conditioning, but I guess I could see it being a problem for some. Still, the idea of a hollow mouse with a fan inside it seems like overkill.

It’s not that I want to say, don’t get this, or if this seems like something that’s interesting for you that you shouldn’t give it a try or anything like that, but $60 for a mouse with a fan in it when I’ve never even noticed the problem personally, that’s a lot for a mouse to have a fan in it that looks that extra.

I wouldn’t… I probably wouldn’t have that on my desk to be completely honest. My desk is sleek.

At weird number six, Sega is closing another of their iconic arcades in Japan. This one, the Ikebukuro Gigo, which was launched in Japan the same year Sega launched “Virtua Fighter,” “Star Wars Arcade,” “Alien 3: The Gun,” “Daytona USA,” and “Virtua Cop,” all massive arcade hits that propelled this place to a, well, massive arcade.

The decision came from the new controlling interest, Genda Entertainment, which created a new division called Genda Sega Entertainment. Last fall, they bought a controlling interest in Sega’s arcade management business, and apparently, this location hadn’t been underperforming, and there’s a keen possibility they will put up a replacement arcade in its place, just something not as big and expensive to operate, because apparently, people were going to this. It was crowded, and it just didn’t make the kind of money it needed to make to sustain the expenses that it incurred.

At weird number five, somebody actually ported Google Maps to the Nintendo Entertainment System in eight-bit pixels and sprites. Nearly a decade ago, Google did an April Fool’s joke, where they claimed to be making Google Maps for the Nintendo Entertainment System, and well, made a video for April Fool’s Day. It was kind of dumb, but somebody wanted to actually do it, so they created their own custom NES cartridge that takes Bing Maps’ aerial imagery and transforms it into “Legend of Zelda” world map sprites.

It’s a very silly, kind of tedious project that most likely took a lot to do and really didn’t provide a lot of reward for doing, but it is fun. At number four, several streamers and content creators stopped playing “World of Warships” because of its monetization policy, and Wargaming actually put out a bonus code to dunk on one of the former community contributors, which is a program they run. 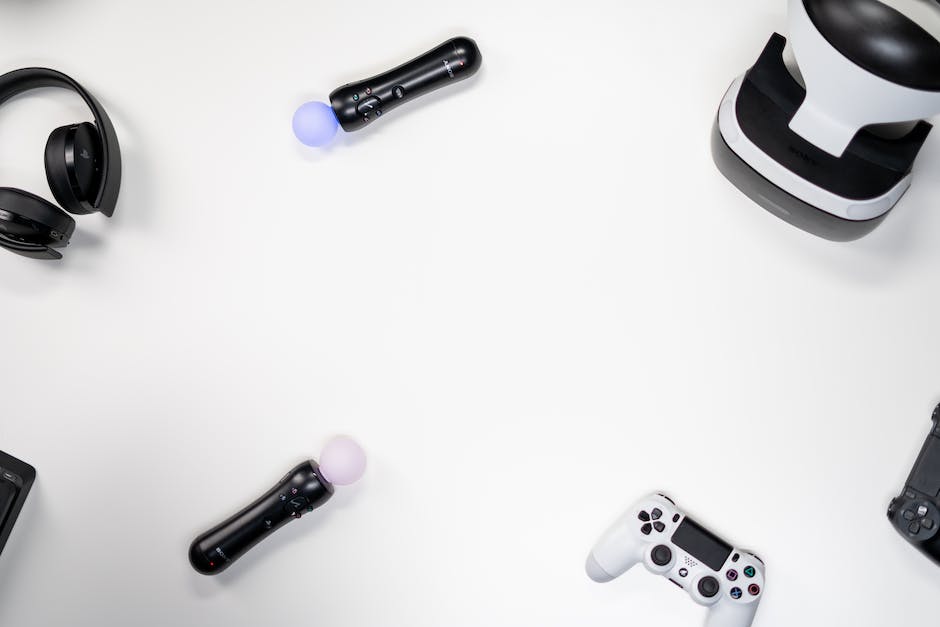 The streamer was named Turry, and the code actually had the letters FKUTURY as part of the code. The employee who made the code actually got in trouble for this, and they put out a second code, TURRYWEARESORRY, but did not offer to readmit him to the Community Collaborators program, but I guess he doesn’t really want to come back anyway. Anyway, it’s kind of just a bizarre back and forth between a full-ass game company and an individual. Because you have a lot of different people operating with a lot of different viewpoints, the first code came out, and then they apologized with the second code.

Why did I not think that was going to be a collector’s item? Why did I want to think some rich person eventually wouldn’t want it? Why? Now, I didn’t actually cry, and I actually very much am happy that I spent all that time actually playing with my toys rather than preserving them in pristine boxes and plastic and all that.

But I wish that my parents would have bought a second copy to preserve or something.

The best of both worlds would be nice, ’cause, you know, last month, a sealed copy of “Super Mario 64” for 1.5 million. Man, I could have been raking in the cash ’cause my mom was a pack rat and did that kind of stuff. Too bad, though, right? Could have been loaded.

At weird number two, a gentleman by the name Ginger of Oz converted the PlayStation 2 into a handheld portable machine that just to be completely clear, looks like it should be a real portable.

I mean, it’s really amazing. He’s certainly not the first or only person to do it, but it looks like a genuine Sony product, and it is incredibly impressive. Frankly, I would like to own one of these. It’s not a simple process, either.

It involves cutting the motherboard and creating your own circuit boards and managing to get all of this stuff into a single thing that can run and doesn’t eat up batteries like crazy. It’s really, really cool and impressive. And finally, at number one, although it is not something that happened in this month, we got a nice detailing of something people used to do to hack Xbox 360 Slim machines. Now, to be specific, people wanted to hack this so they could run burned disks on it. I don’t know why you would want her on burned discs on it, but that’s what it was.

Anyway, they had a ton of protection in the Xbox 360, and on the Xbox 360 Slim, they actually combine the digital signal processor, the sound chip, with the chip that protected the console from running these things, and in order to disable the copy protection, you actually had to drill a hole in the chip itself and sever a connection.

And it’s completely wild. Looking back on what people did to run burned discs is very, very wild because you have to think about the fact that burning discs was a way of circumventing having to buy games, but drilling a hole into a chip to experiment on it costs way more. I mean, every mistake would be a lot more costly than just buying video games.

And as a quick weird bonus, a phone called the Caption Call that you can get free from the US government if you have hearing loss was hacked to play “Doom.

” Yup. Duh. Of course. If it’s capable of running “Doom,” then it’s gonna have “Doom” on it. Remember when we say the much less powerful desk phone playing “Doom?

” Yeah, this one’s much more powerful, so enjoy the “Doom.” That’s all for today. Leave us a comment. Let us know what you think. If you liked this video, click Like.

If you’re not subscribed, now is a good time to do so. We upload brand-new videos every day of the week. The best way to see them first is of course a subscription, so click Subscribe, don’t forget to enable all notifications, and as always, we thank you very much for watching this video. I’m Falcon. You can follow me on Twitter @FalconTheHero.

We’ll see you next time, right here on Gameranx..