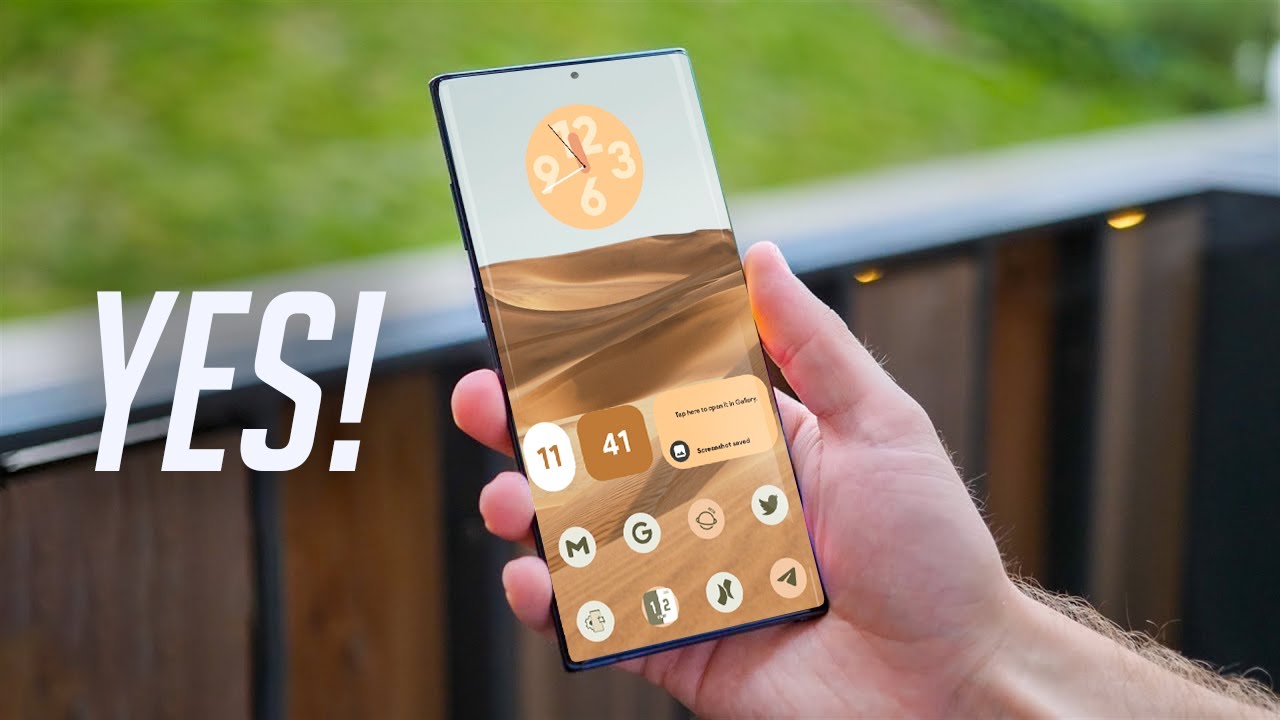 Now, people were wondering what is Samsung going to do with the Galaxy S22 Ultra. Is it going to have some aggressive curves or is it going to be minimal? Well, Ice Universe is shedding some light on this.

He says and I quote It has been confirmed that the curvature of the Galaxy S22 Ultra is smaller than that of Note20 Ultra, and may be similar to or slightly less than Note10+. Now I see a lot of people under his tweet who are actually thinking that this would mean the Galaxy S22 Ultra is going to have smaller curves for a near flat look but that is not the case.

Now some people are going to like it and some don’t. Personally, I’m a fan of curved displays. I have both Note 10+ as well as the Note 20 Ultra and I prefer the look of the Note 10+ for two reasons.

One is of course the curved display as it makes the handset look more premium. And the second is how wider it is compared to the Note 20 Ultra. I mean the Note 10+ has a 19:9 aspect ratio while it is 20:9 on the Note 20 Ultra. Watching YouTube videos in particular is a better experience on a wider display. Also, accidental touch activation is not a problem in either of the devices.

Palm rejection has gotten significantly better over the years. The one area where this could be a problem is the S Pen as drawing and taking notes on such aggressive curves is not a good experience if you go near the edges of the display. Now, where does the Galaxy Galaxy S22 Ultra fits in all of this? Well, according to Ice Universe again the Galaxy S22 Ultra has an aspect ratio closer to the Note 10+ at 19.3:9 hence it is wider than both the Note 20 Ultra as well as the S21 Ultra which also has a 20:9 aspect ratio.

So a wider display and low curvature mean the Galaxy S22 Ultra not only is going to look great but will also offer a better experience when viewing photos and videos. With that said, Ice Universe tweets that Samsung is making improvements to the 108MP camera mode on the Galaxy Galaxy S22 Ultra. He gave some more context saying that the UI of the 108MP camera has been redesigned.

There will be a new option called an enhanced detail mode. Now before you start wondering what exactly this means, let me tell you that although the S21 Ultra is theoretically capable of taking 108MP pictures, you are required to activate the high-resolution mode for this.

Otherwise, the phone uses pixel binning to generate 12MP pictures. Plus when you switch to the 108-megapixel option, the camera mode is rather basic and lacks more advanced features. Also in 108-megapixel mode, you won’t be able to effortlessly swap between cameras, so you’ll have to turn it off if you want to utilize other cameras. Furthermore, the 108-megapixel option is not available in Pro mode. So it looks like Samsung is going to address some of these limitations while also improving the details of the pictures taken in the 108MP mode.

Of course, do consider subscribing to keep up with all the Galaxy S22 Ultra updates and I’ll see you tomorrow…Peace out.