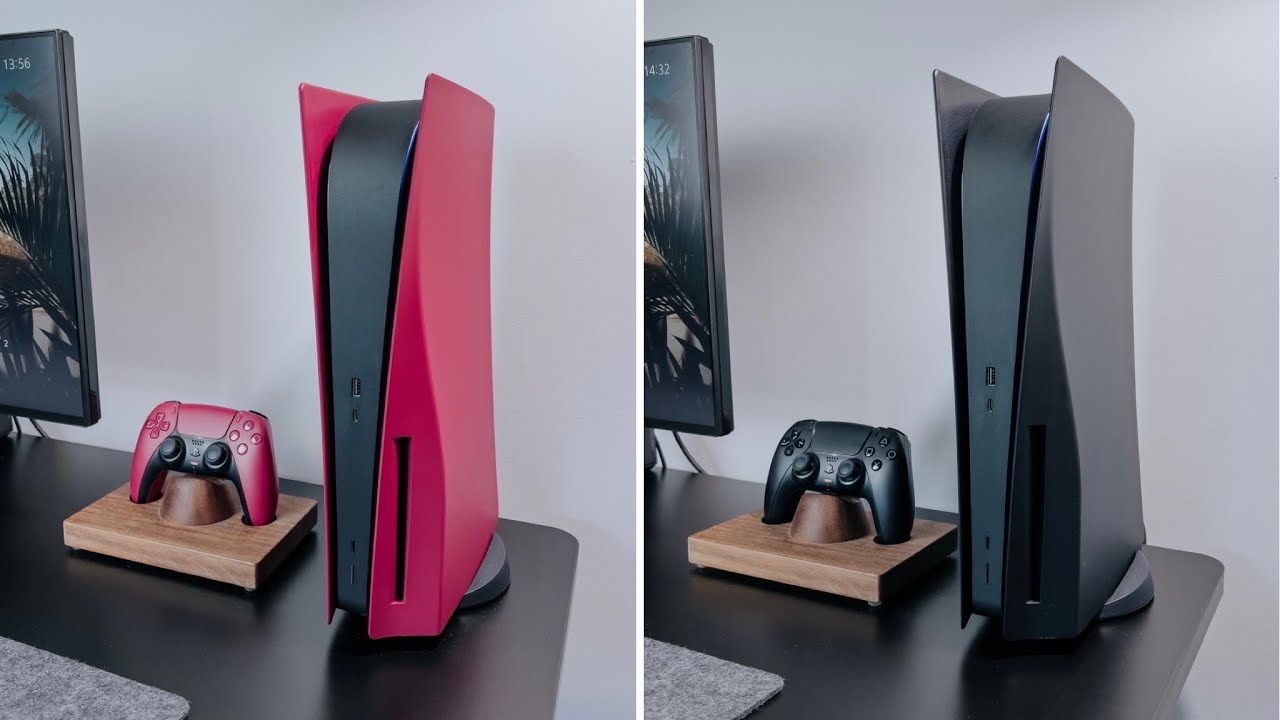 Hello, everyone welcome back to, another post and today we’re unboxing. The new official covers for the Playstation 5 We’ve got the midnight black and the cosmic red which both launched this week on the Playstation‘s website. Now If you’ve followed me for a while you’ll know that i’ve been using the d-brand dark plates. For the last year, but i’m really looking forward to swapping them out for the official Sony ones. So we’ll get these unboxed and we’ll take a closer look at the covers. Then i’ll show you how easy it is to fit them by removing the old ones. First, and I’ll even compare them to the d-brand plates. That I have to show you what the main differences are well we’ve all seen, what it looks like in black with all those third party plates that are available. So, let’s start with the cosmic red, the box in the packaging is pretty basic it’s got a simple sleeve with a white box. Inside this is pretty similar to the controllers for the Playstation 5 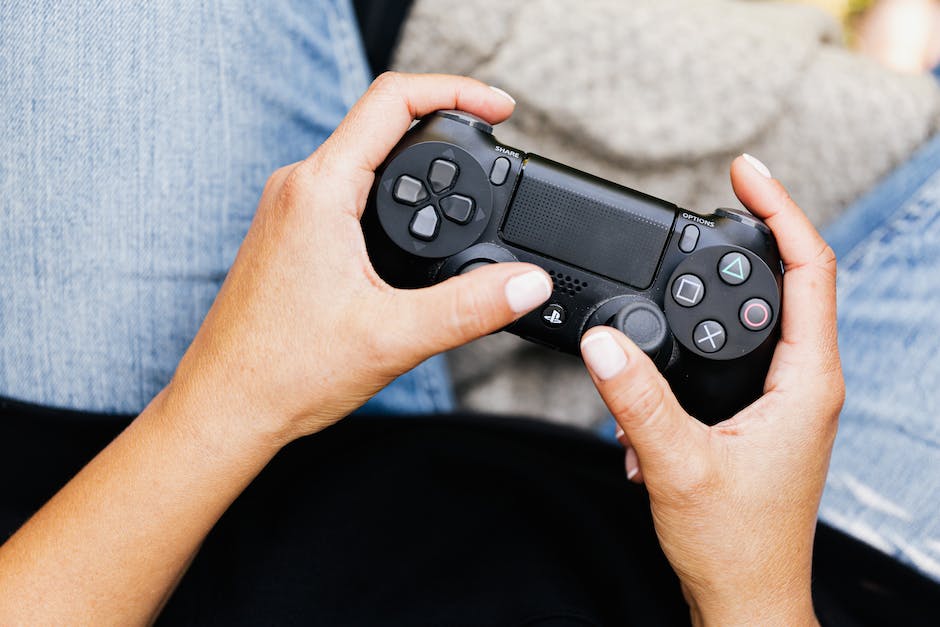 Oh wow, this looks awesome, this color really pops and actually feels quite nice as well. I bet this will look awesome when it’s fitted in a minute, but just like with the cosmic red controller. It definitely has a more dark, pink and almost magenta red rather than a solid red, but it still looks nice. So this is the front panel and this has got, the Playstation logo, in the top corner and then on the inside we’ve got the Sony logo, which you can still see when fitted when it comes to fitting the plates. Its really really easy. Now it does actually come with some instructions in the box, but to be honest it’s pretty simple just pull the top corner here and pull down at the same time just make sure you’re sliding the plates down instead of up, and they will pop right off and then fitting the new ones is Just the opposite so you place them on the side and you push up and in and they will click into place. If you hear that clicking sound, you know you’ve done it right, oh wow!

So now these are actually fitted, these look so nice I mean it’s, probably not the color that I’m going to keep on my PS5, but i can really appreciate just how good this looks this red is such a nice contrast against the black center piece and the Playstation cut out on, the side really stands out here, but let me just grab the cosmic red controller and we’ll put that next to it, and it shows you just how good they look together as well. But what do you thinkis this? The color that you would go for are you holding out for the black or a different color right okay, so that was the cosmic red but let’s have a look at the midnight black cover.

Next now we’ve seen loads of third-party covers or plates over the last year. Butt his is definitely the one that i’ve been waiting for, okay let’s get this opened up and first impressions. This is a lot nicer than i was expecting so we’ve already got the midnight black controller, but i’ve always felt it’s got a really dark blue shade to it, which meant i was a little bit worried that the plates would be the same but nope, this is definitely a matte black cover. I’ll have the Playstation cut out on the side and again the Sony logo on the inside okay. Let’s get this fitted so same as before, we need to pull out and down at the same time, to remove the faceplate. Now, once we’ve got the new plate, we just need to push and slide up to fit it actually hold on while we’re here, let’s have a look at what it looks like with one black and one red plate fitted. If you can’t decide which one to go for maybe this is the answer – a nice two-tone but anyway, here’s how it looks like with both of the black covers fitted yep, this is definitely the one.

This is what I’ve been waiting for since day, one the fact it now has the proper Playstation logo cut out on the side is just perfect. I also think the all black look is clean and pretty stealthy, looking, not that there’s anything wrong with the white plates but I just prefer the black ones I actually reckon this is probably the color that most people will go for if they want a new look, so as i mentioned I have been using the black plates in my setup for the last year. So this isn’t new to me, but is till think this definitely looks awesome if we grab the controller too, to see what it looks like together. So this is the midnight black jewel sense okay. Yet this is nice. This really finishes off the whole setup. Now you might be wondering how the official Sony plates compare to the d-brand plates I’ve already got well. I’Ve got both sets here. So i’Ve got the original plates that d brand launched last year and the second version that they released last month the packaging that d-brands send their plates in is actually very impressive I mean if you want a nice package to open on something that feels more premium than it. Is this is definitely it, but the plates themselves obviously lack the detail of the official Sony plates things like the Playstation icon.

The Sony logos and the little icons on the inside then there are the 2.0 plates which have changed, the entire shape and design of the plates and added a vent on the side. These are more rounded but still lack the official details and comparing them side by side. Unless you want to change the shape of the plates or go for a custom color that Sony doesn’t do yet, I don’t see any reason you would choose the d-brand ones over the official covers the only thing that I have done that you might have noticed already. Is i’ve actually changed the center piece with a matte black vinyl? I did actually buy this from d brand and i think it looks so much nicer than the glossy finish so along with the new plates that Sony released this month. We’ve also got the new controllers we’ve got the nova pink and the starlight blue which I did a video about last week, then we’ve got the galactic purple, which arrived a day late, so i didn’t get to show you it, but this is it and this purple is definitely my favorite color right, now i’m, not sure if it’s because it’s giving me a cad bury chocolate vibes, but I like this one, a lot so, these three new colors join the cosmic red and, the midnight black that we saw last year, and not forgetting the original white controller, too and, here’s the entire lineup that we’ve got now I think this is a pretty strong collection of colors.

I Wonder if we’ll get a dark, blue or green next as for the other covers like the pink the blue and the purple plates we’ll be getting those later this year, it is listed on the Playstation website as the first half of 2022oh, and one more thing that i nearly forgot to mention At the moment, these plates are only available for the disc version of the PS5 the digital PS5 plates will be available next month so If you have got a digital version, you’ll need to wait a little bit longer to get these, now the official plates cost 45 pounds or 55 dollars and are currently only available to purchase from the Playstation‘s website, so that means from January the 21st until February the 17th you’ll need to head to the official website before they go on general sale on February, the 18th okay. Well, that was a very quick look at the two new official plates for the Playstation 5

Will you be picking up either of these two new colors or will you stick with a third-party plate? Instead well you just made it to the end of today’s post, so thank you for reading and if you drop a PS5 covers with a color heart depending on the plate, that you would go for. I will give you a thumbs up for staying until the end and here’s another couple of posts you might be interested in reading.