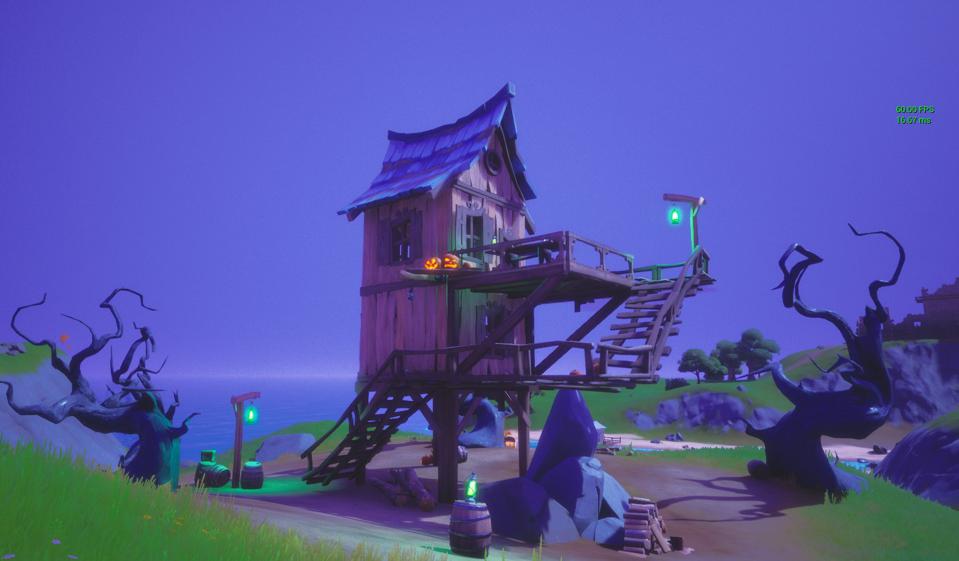 As Halloween is just around the corner, numerous brands and top-selling companies are giving their products an exclusive Halloween theme. In the race, several games have acquired the same aura of spookiness. Similarly Epic Games has updated its game Fortnite with a new spooky task with the Fortnite Witch Shack Locations.

The Fortnite Fortnitemares Challenges released exactly, a week ago on 21 October. Fortnitemares have the same rules as other Fortnite challenges but with a touch of Halloween. According to the source, it constitutes a total of nine tasks. Initial six assignments were here along with the release of Fortnitemares whereas the last three have recently released on this Saturday.

Among the total nine tasks, the eighth one, visiting different Witch Shack Locations got the hype. In this exclusive challenge, one has to spot all the witch shacks. Along with finding the locations, the individual must have to roam around and collect the designated objects to win the challenge. Initially, most of us found it difficult to find those witch shacks. But, the Epic Games has solved this issue as the developing company has recently launched the map. The map is spotting all the seven Witch Shack Locations with red colour dots.

Here is the location of all 7 Witch Shacks with their detailed map view from the fortniteinsider:

While travelling from one location to another, the player will receive a Fortnite Witch Broom. This broom will help the player to move speedily around the map. Not only this the player will get numerous Fortnite Candies (Sweet tooths, don’t get that much excited, these are not real). Well, to get these candies the individual have to break Halloween buckets and after collecting only 25 you are eligible for winning the game.

Here is the complete list of all the nine tasks of Fortnitemares Challenges: