The top tech brand Apple has recently added a new member, MacBook Air in its Mac clan. The device came with a tag line “Power. It’s In The Air”. The notebook will release on November 17, 2020, however, it is available for pre-order with lot of customization. The device is starting from $999 but its final pricing will depend upon your requirements because with every advancement you have to remove some bucks from your account. Apple claimed MacBook Air as its thinnest, lightest and fastest notebook. Let’s discuss the MacBook Air 2020 specs which are giving it precedence over its ancestors.

For the first time, Apple has presented its M1 chip for its Mac Series. The processor is coming in two models, the first one with 8-core CPU and 7-core GPU is available in standard pricing. Whereas, the other one which is 8-core CPU and 8-core GPU is starting from $1,249.

The M1 chip constitutes approx. 16 billion transistors and it is capable of giving an output which is many folds greater than the previous ones.

While defining the battery timing of MacBook Air 2020, Apple has defined it in the following words:

“The longest battery life ever in a MacBook Air.”

Well, the thing is correct. Approximately 49.9‑watt‑hour lithium‑polymer battery is providing us with 15 hours wireless web and 18 hours movie playback. It is coming with a 30W USB-C Power Adapter to make the charging experience more smooth as never before.

Both additions are having the same remarkable built-in storage. The devices are coming with an 8GB unified memory.

Meanwhile, at the same time expansion is available as you can customize your MacBook Air 2020. With just $200 you can increase your built-in memory from 8GB to 16GB.

However, if you need some more storage, you can customize it at the time of ordering. The customization is available till 2TB for both the devices. To attain that SSD Storage on your notebook, you have to lose an extra $800 for standard MacBook Air and $600 for the advanced one.

Let’s discuss the most essential part, which is the sleek design and lightweight of MacBook Air. The notebook is weighing around 2.8 pounds which is approx. 1.29 kg.

Dimensions are also have such startling figures as compared to the previous models. Its height ranges from 0.16 inch to 0.63 inch and width and depth are 11.97 inches and 8.36 inches respectively. Apple has launched it in three mesmerizing colors which are: Space Grey, Golden and Silver.

Comparison With Other Devices

The real spice in MacBook Air 2020 specs comes while comparing it with the previous models. Apple has given it a more than 3 times faster processor and 5 times better graphics along with the 9 times faster machine learning.

We hope you find MacBook Air 2020 specs quite helpful. Let us know about your views in our comment section and keep following Gamezbook for more timely updates. 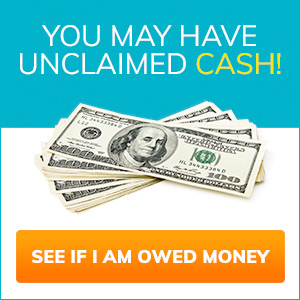